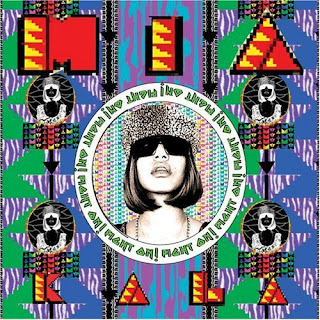 Recorded in India, Trinidad, Australia, London, New York and Baltimore, M.I.A. has crafted an international sound that is as excitingly undefinable as it is infectious.

The first single from the "Kala" album, "Boyz" was just listed at #1 on Rolling Stone's Hot List, and the #1 song of the month in Blender magazine.

Listen to the track called "Paper Planes". (This is a fan-made Youtube video that was just posted yesterday.) Nic Harcourt played it this morning on KCRW's "Morning Becomes Eclectic". It's such a good song.
Posted by Rose at 7/31/2007

Delon speaks about his Cover Version of "Paper Planes"