Sisterhood of the Traveling Pantsuits 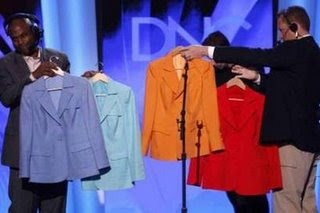 Anyone else see Hillary Clinton's speech at the DNC 2008? I loved the reference to the "sisterhood of the traveling pantsuits" (a nod to all her female supporters in addition to poking fun at herself) almost as much as the "twin cities" comment.

I've also heard from several men that they thought it was the best speech yet at this year's DNC. 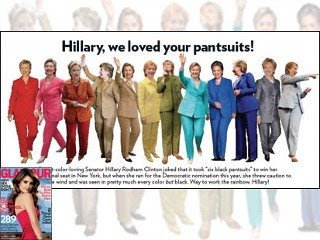 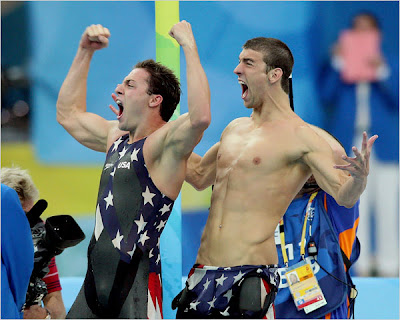 Garrett Weber-Gale, left, and Michael Phelps screamed for joy after their teammate Jason Lezak out-touched Alain Bernard of France in the 4x100 freestyle final, helping the U.S. win the gold. 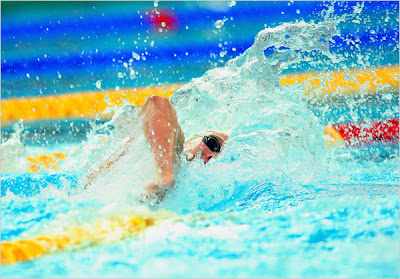 Michael Phelps swam the first leg of the relay, and was amazing as usual. 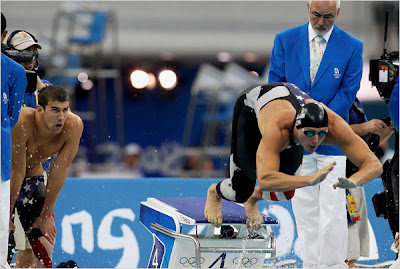 But by the 4th and final leg - Lezak (the anchor), right, hit the water a half-second after Bernard, (of the French team) the world-record holder in the 100 freestyle.

The French team was so far out ahead that even the announcer was counting out the Americans - saying that the French were going to win the Gold. But then Lezak swam his heart out and started catching up to Bernard in the final moments. It was a nail biting finish- I was glued to the TV hoping for a miracle. And then it happened - Lezak closed the gap and touched the wall just 8 tenths of a second faster than Bernard. 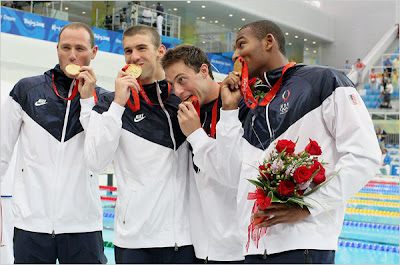 It's being hailed as "the best relay race of all time". 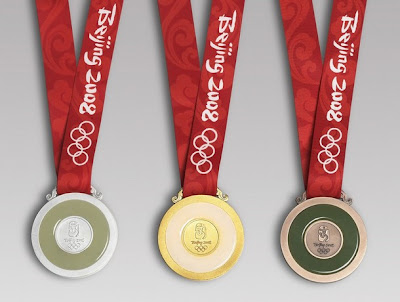 For this year's 2008 Beijing Summer Olympic games - the gold, silver and bronze medals incorporate a distinctive band of jade. The gold medal has the lighter finer jade, while the silver has the white-greenish jade, and the bronze has the darker green jade.

It's the first time in Olympic history that medals are made of material besides metal. Unique and pretty spectacular!
Posted by Rose at 8/10/2008 No comments: 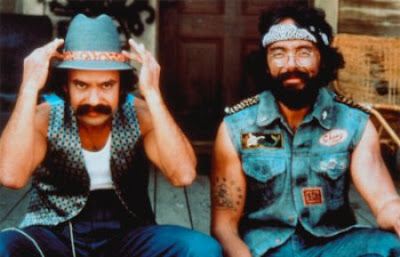 Comedy duo Cheech & Chong will take their "Hey, What's That Smell?" tour to 24 cities this fall and winter.

Two things you're most grateful for 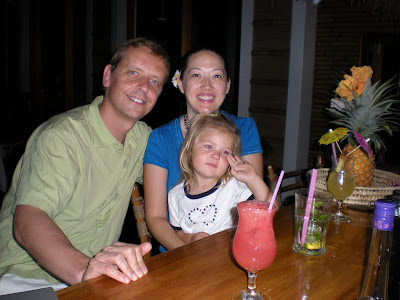 (A photo of us from our recent family vacation to Fiji.)

At the end of each Yoga practice when our instructor asks us to think about two things in our lives we're the most grateful for - it's an easy one for me - it's always my husband and our daughter.

They bring me the most love and happiness I've ever experienced in my life.

They're both traveling to Germany now to be with U.'s terminally ill mother to pay their last respects.

Before leaving U. asked me what I would be doing with all my time. We both looked at each other and I really didn't want to say it -but we both knew the answer. U. said to me, "Don't work too much okay? Make some time for yourself." I realized that if it wasn't for my family - I would be a chronic workaholic.

Not only are they the best and most cherished things in my life, but I also realized they keep me balanced and human.

I love them very much (and miss them already) and wish them a safe journey (there and back to me).
Posted by Rose at 8/03/2008 No comments: