Where are they now? - Matthew Modine 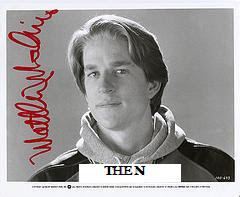 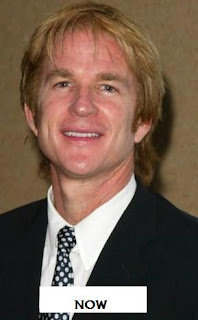 I started watching this season's Showtime series Weeds (a little behind on my TV viewing - it's hard to keep up with all the shows out there!), and saw this guy who looked really familiar. And then it hit me - he's the guy from Vision Quest (and Full Metal Jacket). Of course, it's Matthew Modine!

As soon as I had my eureka moment (thank you imdb.com), I tried to parlay it to my husband: "Remember Vision Quest? That 80's movie about a high school wrestler in love with an older woman? Madonna was in it and so was her music."

I remember it well since my brother was a wrestler and had this movie playing as a constant mantra in his bedroom during wrestling season. It was also memorable because Madonna made her first film appearance in this movie as a singer in a bar. Who wasn't into Madonna back in 1985 when the movie came out?

My husband never saw the movie. So I sounded like a complete nut describing this flick. Wrestling movie? Love story? Madonna? Huh? But I'm sure there are others out there that remember it.

If you went to a school dance back in the mid 80's, chances are you slow danced to "Crazy for you."

On Weeds, Matthew Modine plays a creepy but funny, and somehow irresistible character. (The story line of him pursuing the Celia Hodes character makes both characters more believable. And I thought it was the sweetest/sexiest/most intimate gesture when he reached down and touched her ankle to buckle her high heel strap.) Is it just me or does his hair look like it's been fried? (Too much peroxide over the years?) He's aged a lot, but that's to be expected since it's been well over 20 years since he starred in Vision Quest.
Posted by Rose at 11/03/2007

20 years since he starred in Vision Quest.

Ouch, you're stepping on my old age.

Don't remind me. It sucks when I see ppl our age getting old. Even ppl younger than me looking old. Because that means I'm getting old too.