Jimmy Carter for President anyone? 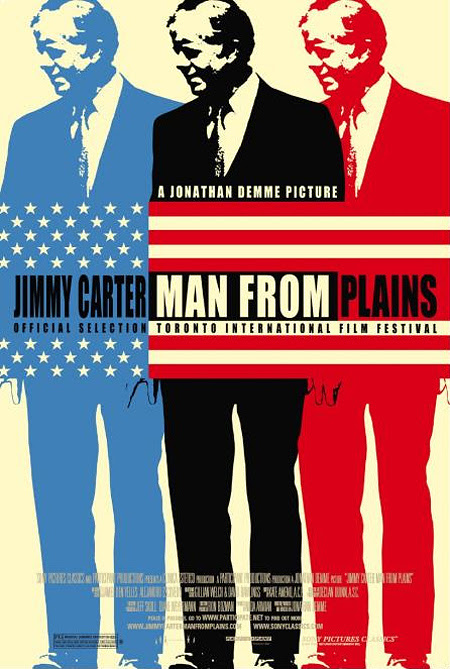 This is a documentary I don't want to miss.

"Jimmy Carter Man from Plains" is an intimate portrait of a Jimmy Carter, 39th President of the United States of America (1977-1981), Nobel Peace Prize winner (2002), and great American statesman who continues to work to promote human rights and act as an international peace broker. The documentary film is scheduled to be released to movie theaters on October 26, 2007.

The film was directed by Oscar-winning filmmaker Jonathan Demme, whose documentary credits include "The Silence of the Lambs" (which he won an Academy Award for directing), "Philadelphia", "Neil Young: Heart of Gold" and the Talking Heads concert movie "Stop Making Sense."

"Every time I see this film, President Carter makes me believe that - as frightening and appalling as so many things are in the world today - that there is nevertheless a very real possibility for peace and better lives for future generations if we strive to somehow get along and if we aspire to defining the upside of being human." - Jonathan Demme