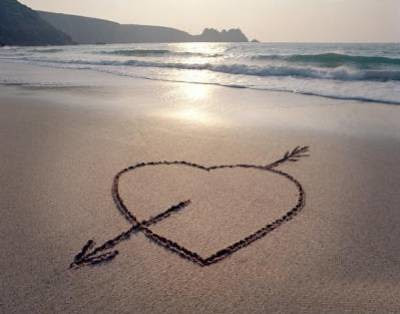 So it's a little past 11 PM and my husband traveled straight from Chicago to Los Angeles and bore the rush hour traffic from LAX through downtown LA (Romeo couldn't have said "I love you" better) to make our Friday night date night.

We enjoyed wine tasting at Colorado Wine Company (purchasing 5 bottles of wine to bring home), dinner at a neighborhood Italian restaurant (which I'll write a review on later) and now we're home. It's an early night since it's raining, and understandably feeling beat and sleepy, my husband went to bed.

Tomorrow we will have been married for 6 years.
Writing about it on the actual anniversary date feels a bit cheesy and forced, but writing about it on the eve of the anniversary somehow seems appropriate.
We agreed to no gifts, although in a way this is a gift to my husband.
You're always on my mind. I love you. I respect and admire you. I can't say enough about how much you mean to me. I think you're the cat's meow.
No gifts, but my husband wants to buy me a necklace of my choice. (Believe me - I pinch myself constantly.)
After 6 years how do you say "I love you"?
Well before you arrived tonight I washed all of the bed linen. I know how much you love freshly washed sheets. And while you were out walking the dog in the rain, I made the bed with the freshly laundered linens. Just so you could have sweet dreams tonight (while you listen to the rain outside our bedroom); home sweet home after being away on business for 3 days.
We have a bottle of vintage Dom Perignon that we've been saving, and decided to pop it open on our anniversary. I questioned whether #6 is celebration enough to open the bottle, but you said it was and you'd rather celebrate being married to me for 6 years than anything else.
When we flew back from New York and Astrid (our 2 year old daughter) decided she wanted to sit by the window (instead of the middle seat) during take off, as I was fastening Astrid's seat belt and making sure she was seated safely, you reached around and buckled my seat belt to make sure I was safe.
We show each other we love each other in sweet gestures.
But sometimes we still get butterflies when we look at each other.
So what are we doing on our anniversary day?
In the AM - coffee & breakfast with Astrid (for father/daughter one on one time and so mommy can sleep in), then Yoga together.

In the PM - Galaxy soccer game with friends. (As my girlfriend and I get out our binoculars and gawk at David Beckham, my husband will say we're crazy but smile just the same at our excitement.) Then dinner and drinks afterwards at a cool restaurant in downtown LA.

I can't believe it's been 6 years!
Has it really been 6 years? Wow. Time flies by so fast ever since I met you. I feel that I've known you all my life and I get a kick out of how every time you talk about your former fiance' of 7 years, you say my name instead of hers. A very sweet Freudian Slip.
Oh and just because we're on that subject... It's been a running joke between us about this 7 year relationship with another woman. You told me that having a child trumped all those years, but now finally you cannot dispute I have been your longest relationship. Six years of marriage and two years of dating = 8 years. Finally.

Whenever I look into our daughter's face I think of you.
She's a golden child just like you and beautiful in every way imaginable. I am so proud of what we've accomplished as parents. Together we created the home, family and life we always wanted.

Happy Anniversary honey!
May all our wishes and dreams come true in this adventure called marriage.
Posted by Rose at 10/12/2007