I think I may have gotten my husband addicted to TLC 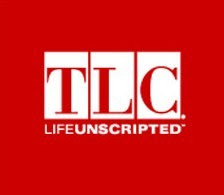 When I told him I was staying up late at night watching documentaries on TLC he called me crazy.

When he watched the TLC documentary series "John and Kate plus 8" about a couple that started with twins and wanted just one more child, but ended up having sextuplets; he said he found the couple to be annoying.
When we watched "Kids by the dozen" about families with 12 or more kids; he said those people were 'crazy' but admitted it had some entertainment value.
When we watched the series about a dwarf family "Little People, Big World", he said it was okay but he wouldn't go out of his way to watch it.
That all changed last night, while watching "Inside Brookhaven Obesity Clinic Cheats, Lies and Videotapes."
I think I had him at "man mountain". His eyes were as big as saucers when he saw the $7,000 custom wheelchair the size of a loveseat that had to be ordered for one patient with a 5 foot waist (since their extra wide wheelchairs were still too small for him). He couldn't believe his eyes when he saw the man being wheeled down the hallway in a couch/wheelchair being pushed by two people; the same man who doesn't think he has a problem. But the kicker was when we saw a clip of someone having to literally pull up mounds of stomach rolls to show the doctor what was on their lap. I think the wine may have shot out of his nose at that point.
The clinic was full of a bunch of characters, and it was funny and heartbreaking to watch them either denying or acknowledging they have a problem.
Tonight we're watching "Crazy Sexy Cancer," an irreverent and uplifting documentary about a young woman diagnosed with a rare and incurable cancer who finds her life-in strength, humor, friendship, even love-while searching for a cure.
He's so in.
Posted by Rose at 10/25/2007

I wandered downstairs last night and Mr. T was watching the same thing. I'm always hesitant about those shows, because I think sometimes they play so hard on the sensationalism of extreme obesity that its easy to forget those are real people, with real problems. But it was interesting. Did you get a not-quite-right vibe from the doctor on that show? There was something about him that made me uneasy.

TH,
Really? I didn't think twice about the doctor.

Hmmm. I'm not even sure what it was, just a weird uneasy feeling. Eh, coulda been too many Diet Dr. Peppers.