The Movie - "Knocked Up" 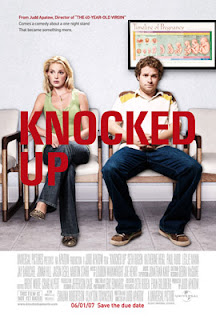 "Knocked Up" is quite possibly the best date movie for couples. 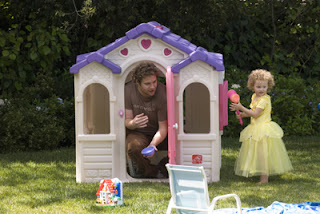 The movie is sweet, witty, and laugh out loud funny. 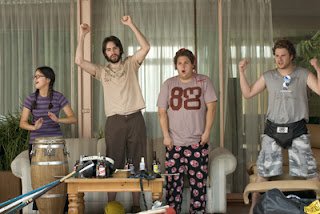 Written and directed by Judd Apatow ("The 40 Year Old Virgin", "Anchorman"), the movie stars Katherine Heigl (from Grey's Anatomy) and Seth Rogen. It also has a lot of actors from the cult television series, "Freaks and Geeks". 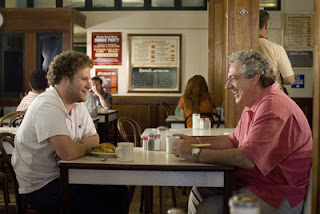 Harold Ramis has a cameo where he plays the dad of Seth Rogen's character. The scene where father and son have a heart to heart is pure genius comedy writing.

Here's the trailer on YouTube.
It's a true "he said/she said" movie.
He Said 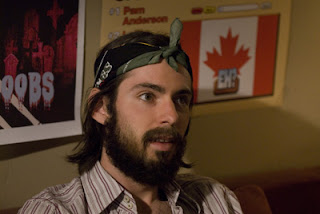 My husband found the running joke with the "bet" to be hilarious.
Ben Stone: "Your face looks like Robin Williams' knuckles."
She Said 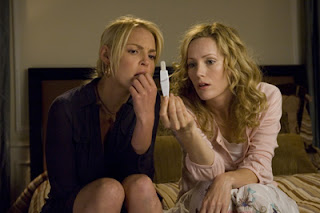 I found the scene where the older sister mixes up the pregnancy tests and erroneously thinks she's pregnant - again! - and freaks out for a minute - to be so honest and real that it tickled my funny bone.

We Said
We both found the pink-eye scene to be so funny that you're not allowed to drink and watch that scene at the same time without risking it shooting out your nose.
Urban Legend?
Which reminds me...I still have to research if pink eye can really be transmitted like that. (Don't want to spoil the punch line if you haven't seen it yet.)
Posted by Rose at 7/26/2007