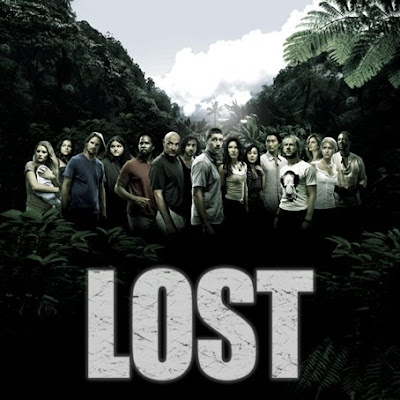 And just like that...I get sucked back in to watching yet another season of Lost.

The beginning was a complete waste of time with the people involved in the series talking about how great the show is and why everyone likes it. But what I did get from all that talking was that the series has aired for 4 seasons already. Wow...4 years. I can't believe it's been on for that long. I wikied it and found this piece of trivia: "The pilot episode was first broadcast on September 22, 2004."

It's one of the best shows on regular TV which is quite painful at times to watch, considering all of the really cheesy sitcoms, some TV shows that you never liked and yet won't seem to go away (ER anyone?), or bad reality TV. I mostly tune out network TV, or go to one of the cable channels for their shows (i.e., HBO, Showtime). I even stopped watching Lost for awhile, but then the writing started to get better, and I rented the DVD's to get caught up for Season 5.

This year I keep hearing that they focus on Sawyer. That would be great since they've placed him on the back burner and given him crumby lines - although his character is fascinating. The bad guy who you love to love, and who isn't really all that bad you think. Those episodes with him and Kate were the best. Okay I have to stop now, because it sounds like I'm caught up in a soap opera. Which I don't watch for the record. But everyone knows how great it is to watch a miniseries/drama and you really get into the characters and even forgive the writers when they write cheesy dialogue, and you just go with the story. That's how it feels with Lost. I'm just going with the story because it's so darn entertaining and sucks me in every time.
Posted by Rose at 1/21/2009

I've never watched Lost but so many are hooked on it! Enjoy!

And now...you've been tagged!
Here is what you are supposed to do: The rules are to go to the 6th folder on your computer, find the 6th photo, post it, describe it, and then pick 6 blogger friends to play.

I hope you participate.