Bring On the Reality TV Shows! 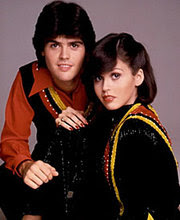 Donny And Marie May Return To TV

Donny and Marie Osmond could be making their way back to television together on the heels of their recent association with ABC's "Dancing With the Stars."Sources have indicated that there's been interest from networks and syndicators in the pair, who previously starred in such series as the 1970s variety show "The Donny & Marie Show" and the late-'90s daytime talker "Donny & Marie."The talks revolve around hosting duties for reality series in primetime and a syndicated talk show for daytime, sources said. >>Read the rest of the story