Rebates abound for buying energy-efficient appliances. But some may expire soon. 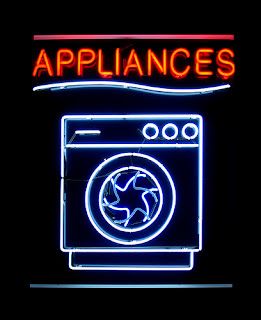 Want to save the planet?

Great. But you might as well get some cash back while you're at it.

We're talking rebates and tax incentives, which go hand in hand with the purchase of a variety of energy-efficient appliances and alternative-energy gear.

These type of benefit programs are on the upswing. For example, the Los Angeles Department of Water and Power budgeted about $19 million for its energy rebate and reward program last fiscal year. This year it's $79 million.

But don't dawdle. Promotions are usually in effect for a limited period, and some draw from finite money pools that could run out before you get the chance to collect.

The following is a guide to some of the major agencies and companies offering incentives and programs currently available to Southern Californians.

Online addresses for the agencies and companies mentioned in this article are in an accompanying box.

One other note before you get too giddy about the rebates and incentives: This is not entirely found money. You've probably been paying into funds for years that fuel the programs. Many utilities assess a small monthly charge to feed the funds.

So think of your rebate as a bit of payback. Come and get it.

Department of Water and Power
Refrigerators are the used cars of green rebates: Just about every homeowner has one to trade in, at least eventually, and cash-back programs for them are common.

The DWP — which serves the city of L.A. and is the largest municipal utility in the country — has a refrigerator rebate more generous than most: $65.

And if you let it haul away your old fridge at the same time, you get an extra $35. Plus, it'll throw in some energy-saving compact fluorescent bulbs. To qualify for the rebate, the new refrigerator must meet Energy Star standards set by the Environmental Protection Agency and the Energy Department.

The DWP plans to give away 55,000 new energy-efficient refrigerators to low-income families this year. This program accounts for a large chunk of the agency's budget boost, according to spokeswoman Kimberly Hughes.

One of the most lucrative DWP rebates is for a new clothes washer: $250.

A new room air conditioner on the Energy Star list gets a $50 rebate, and a central unit earns $100.

Internal Revenue Service
You can get as much as $500 subtracted from your income tax bill by making energy-efficient home improvements.

But unless Congress extends those tax credits that were part of its 2005 Energy Policy Act, they'll expire at the end of this year.

So if you were going to make one of the following home improvements anyway, it could pay to act quickly.

Be forewarned that the IRS provides information on the tax credits in language only slightly easier to read than an engineering manual.

And that information is important because there are limitations (for example, the maximum credit for windows is $200), and even an Energy Star rating doesn't guarantee that an appliance will qualify.

Luckily, the explanations provided at the Alliance to Save Energy and Energy Star sites are better, though still a bit complicated.

Generally speaking, the tax credit is $300 for a qualified central air conditioner or heat pump, $150 for a furnace, as much as $200 for windows and as much as $500 for insulation and sealing.

Going solar, whether for electricity or a water heater, can earn separate tax credits that also expire at the end of the year. (If you start a project by then and don't finish it until 2008, it can still qualify.)

However, the government-supplied information on those incentives is particularly difficult to understand.

The Solar Energy Industries Assn. has an online brochure that is somewhat easier to fathom.

Green rebates
Several government agencies and companies give rebates or even tax credits to consumers who buy energy-efficient products. These websites provide information on national and local programs.

Alliance to Save Energy: A guide to federal tax credits. http://www.ase.org/content/article/detail/2654taxcredit_examples

Products approved for the IRS program are at http://www.energystar.gov/index.cfmcproducts.pr_tax_creditss1