What happened to Donna Pescow? 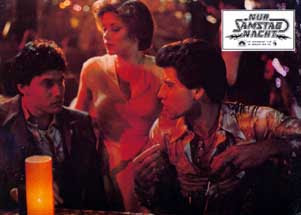 I love Donna Pescow too. I have been watching the the theme song video to her 1979 show Angie over and over today. Do you know how I can see her on The Soprano on utube or another format.

"Anonymous", what an ignorant and vulgar comment. Let's hope you've become more intelligent during the years that have passed.

I know this is many year since the original post. This woman is in her 50's In the last Soprano episode maybe she's gained weight, aged, decided to play a character that did not require sex appeal. So sad that she is still being held to the standard of a 20 something year old woman. When I read these post I wish I could visualize the person posting through the years and see if they live up to the aging process.

Ps. The basic translation from my spansh speaking fried is; why can't women be allowed the grace to grow old the way men do.

I had such a crush on Donna Pescow when I was a kid. I loved watching Angie. I can't believe that was over 30 years ago! Angie had one of the greatest openings of any sitcom. The theme song, Different Worlds, sung by Maureen McGovern still "plays" in my mind.

I'm glad to see that Donna is still active in the entertainment arena. She's still a very attractive lady. I'll always remember Donna from her Angie days. I so loved that show! It would be cool for there to be a cast reunion from Angie. Robert Hays, Donna Pescow and Doris Roberts. It's sad that Debralee Scott (Marie Falco) has passed on.