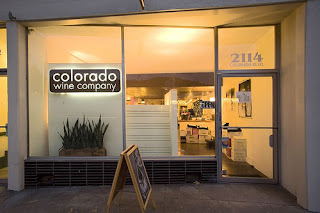 Colorado Wine Company, located on Colorado Blvd. in Eagle Rock, has become our local haunt since we started going a couple months ago. The first time we went, the store was celebrating the day that Jimmy Carter got attacked by a swamp bunny in the 70's. How could we resist?

Our weekly date night of going to the movies (as parents of a toddler we were movie starved and determined to watch some movies before they went to DVD) was getting a bit stale, as we were running out of good movies to see in our time slot (the time the babysitter would arrive at our house and we could get to the movie theatre). So I made reservations at cowineco for their Friday night wine tasting, to change it up a little. After that we were hooked! We went back the very next Friday, and keep going back for more. In fact, we were just there again last night! Colorado Wine Company debuted in February of 2005, and when the owners ran out of glasses on the first night, they knew we were on to something. CoWineCo is owned and operated by John and Jennifer Nugent who wanted to create an environment where anyone, no matter what level of wine knowledge they had, could enter the store, receive personal service and recommendations, try a sip or two of the daily selections at the bar, and leave feeling more comfortable and educated about wine (and hopefully more relaxed after a hard day at work).

Our wine bar is open every night and we offer wines, sakes, bubblies, and beers from around the world, with a focus on bottles $25 and under. We believe that good wine can be had at almost any price level. Don’t agree? Come visit sometime. 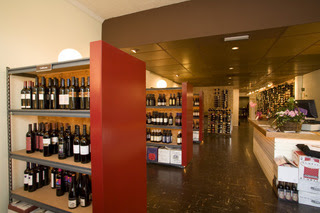 They place cushions on some of the boxes so you can sit down in the store front.

It's such a great idea and I don't know why there aren't more of them. They have daily and weekly events. It's $15 for the Friday wine tasting which features 5 different wines. (I've been itching to try the Sangria Saturdays.)

They also bring in cheeses, crackers from the local Auntie Em's. So as you're standing around chatting and enjoying wine, inevitably you like one or more - so go figure- we usually bring home 5 bottles of wine each time we go there. And as you're standing in the store you're looking at the all merchandise - wines, glasses, bottle openers and cool wine kitsch. It's the best advertising that's non-intrusive (i.e., no one's trying to sell you anything and you're not obligated to buy anything) and we have a great experience each time. 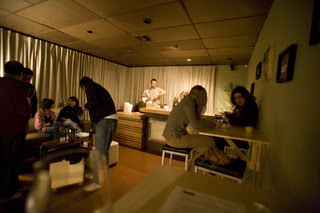 It feels like a house party. There's nothing fancy about it, but it's a good time and if you've gone once, you will be back. It's full of locals which is nice to see, and since it is in our neighborhood, it's really convenient for us.

The owners John and Jennifer Nugent are really nice, and we always see them on our Friday night excursions working at the store. They've succeeded in bring that local, home grown, you feel like you've been hugged feeling to their store. They were recently featured on the radio as well (Indy 103.1 FM).

When you walk in, you're greeted with a smile and "Hi Guys" from Jennifer, and after paying are given a card from a playing deck which you give to the bartender in the back. Those cards serve as your ticket for the first glass of wine. 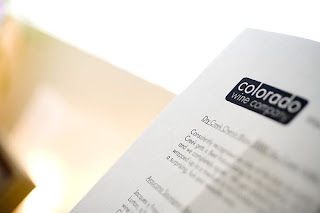 In addition to featuring their wines on their website, they also have printed copies available at the store, so you can read what you're drinking.

When we went last night I was bummed because there was a glitch in the website and the wines weren't posted until later in the day, but I got so busy with our kid that I wasn't able to read the featured wines before we got there. Uwe mentioned that the wine list would be there, to which I said, "Yeah I know, but I like to read them and be prepared ahead of time." Uwe gave me a look which said, "I love you even after being together for 7 years, but sometimes you're a little strange." 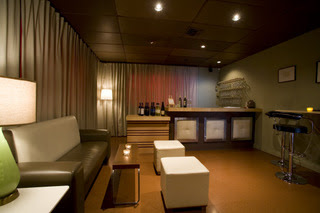 A photo of the bar in the back, with the coveted couch.

Things I would suggest to make it a little better (although it's already great!):

So this is my ode to Colorado Wine Company. (And no - I'm not being paid to say this.)