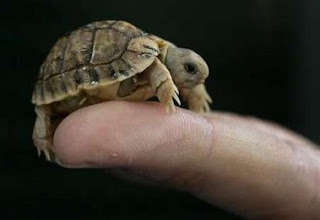 A worker from Rome's Biopark zoo holds a Testudo Kleinmanni hatchling, an endangered species also known as an Egyptian tortoise, in Rome May 22, 2007. The offspring is the hatchling of several Egyptian tortoises that were rescued from a smuggler's suitcase in 2005 at Naples airport, southern Italy, by Italy's forestry police and were entrusted to Rome's main zoo. 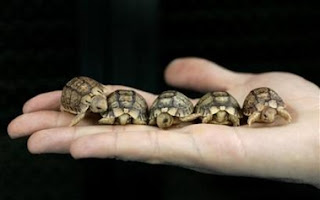