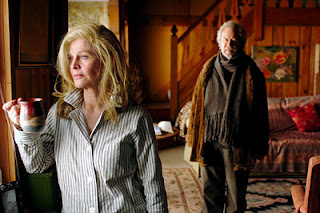 Tonight I saw the movie, Away From Her, a love story starring Gordon Pinsent and Julie Christie.

Summary
After over 40 years of marriage, Julie Christie's character begins to suffer from Alzheimer's disease and moves into a nursing home, where she loses virtually all memory of her husband and begins to develop a romance with another nursing home resident. 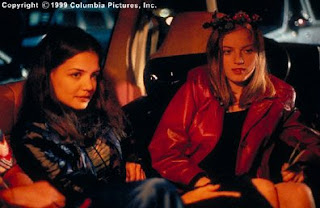 Writer/Director
Sarah Polley, makes her directorial debut and also wrote the screenplay. (The film is adapted from the short story "The Bear Came Over the Mountain".) Sarah Polly is the actress from the 1999 movie - Go. She put her acting career on hold for 2 years to make this movie. It's impressive that a 28 year old can make such a mature, intimate movie. 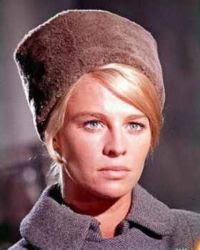 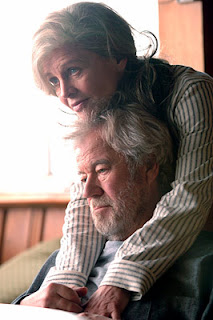 Julie Christie - Now
(Away From Her)

At 65, Julie Christie is still very beautiful. There's a scene in the movie where she's lying in bed with her husband and you see her hair beautifully arranged on the pillow, with white streaks through it. She's one of the few mature actresses who is aging gracefully, and the white streaks in her hair are gorgeous.

I hope she gets an Oscar nod for her role.

Rolling Stone magazine
"And Christie, a Sixties screen goddess in Darling and Doctor Zhivago, shows that her spirit and grace are eternal. She's a beauty. So is the movie." 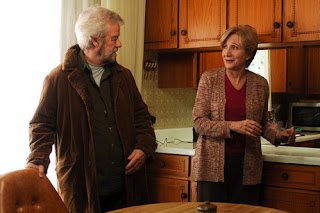 Olympia Dukakis also has a small role in the movie. She gives the movie a little comic relief.

It's not a young Romeo & Juliet love where the ultimate sacrifice is committing suicide to be with one another. Rather it's a mature love story about a couple who has a shared history that spans over 4 decades with one another. The couple struggles with "forgetting to know you" as the wife's Alzheimer's gets progressively worse. The ultimate sacrifice here is shown when the husband puts his wife's happiness before his own. Heartbreaking and touching.

It's not a movie that you need to bring tissues to, and don't expect to have the wind knocked out of you. It's not that kinda film. It is however a sweet little film about a demoralizing disease and the distance it creates between one couple who have a deep, mature love for one another.

Labels: Away from her, movie