Lost - Who/What the heck is Jacob? 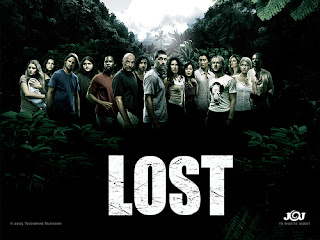 I was a big fan of Lost in the beginning, tuning in each episode and reading the message boards and blogs for inside scoops and spoilers. I thought the show was well done and fascinating, and I kept tuning in every week, even after the show started to get stale, the characters were turning into caricatures of themselves, and it felt like each episode was a filler. Throw in the prolonged break and then reruns galore, and I was losing interest big time. But I hung in there...UNTIL...Locke blew up the submarine. I mean come on! Destroying the one thing that could get them off the island. Hmm...where have I seen this before? Oh that's right - "Gilligan's Island"! People started calling foul. A lame scheme to keep the plot going, but insulting the audience in the meantime.

But then friends of mine told me I had to start watching again because the show was getting so much better. I said, "Yeah yeah yeah. Really?" Hopeful that what they were saying was really true. I wanted the show to get better in my heart of hearts. I had invested so many evenings watching the show and reading about it, that I wanted it to continue to intrigue me. I hoped for a great ending with all of the questions answered, and mysteries revealed. So when my husband told me that the show was BACK...I gave Lost another chance. I watched the last 4 episodes online at abc.com.

Boy oh boy I think I got sucked back in. Especially by the episode called, "The Man Behind the Curtain". *rubbing hands* Now I have even more questions. Who or what is Jacob??? A fan who is WAY into the show posted some screenshots of an image sitting in the chair that Locke sees before running out the door. Click on the link below to view. Is that Locke?