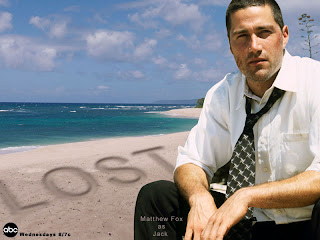 So it looks like the time line continuum is once again a possible theory. The season finale left more questions unanswered. I was going to say that at least it's not a Gilligan's Island repeat where they can never get off the island. Then I remembered that even the castaways on Gilligan's Island were eventually rescued, but they still somehow ended up back on the island again. The jury is still out if the next season will be worth watching.
Posted by Rose at 5/24/2007