An ode to Samantha Morton

Samantha Morton is a favorite actress of mine. She's appeared in many films, independent and a few bigger production movies. She brings such haunting performances to each of her roles. Even if the movie is a dud, or isn't that great, it's worth watching because she's so memorable in it. She's one to watch for, to win a Best Actress Oscar someday.

I recently saw a movie she starred in called "Code 46" thanks to On Demand. (I love that cable feature!) It wasn't an especially good movie, but the idea behind it was intriguing and I haven't been able to stop thinking about it since. 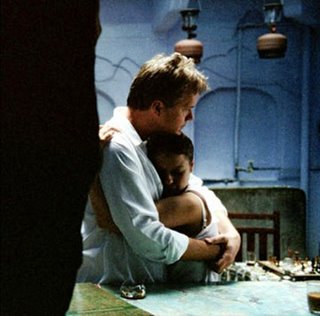 Code 46 (2003) - costarring Tim Robbins is about a futuristic 'brief encounter', a love story in which the romance is doomed by genetic incompatibility.

1) How do you solve a crime when the last thing you want to know is the truth?

2) Can you miss someone you don't remember?

3) Can a single moment ever disappear completely? 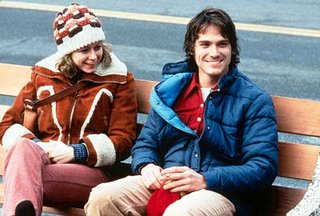 Samantha Morton first popped up on my radar in the movie Jesus' Son (1999) costarring Billy Crudup about love, drug addiction, and redemption.

Samantha Morton's character, Michelle, is a lovable, free spirit, but also a drug addict. In an act of desperation to show her boyfriend how much she loves him, she overdoses on pills and writes a letter to him, hoping that he will read the note and save her. It is the ultimate immature act of a person spiraling out of control.

Her boyfriend (Billy Crudup's character) comes back to the motel room feeling bad about the fight they had earlier that night, snuggles up to his girlfriend in bed (who he thinks is sleeping), gives her a kiss on the cheek and goes to sleep. In the morning he wakes up to find his girlfriend dead next to him and discovers the note about her suicide/cry for help. That scene is so filled with anguish, confusion and love that it brought me to tears. 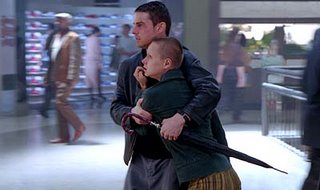 She also starred in Minority Report (2002) with Tom Cruise. 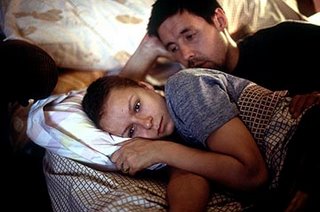 Another movie she got critical acclaim for was In America (2003). Her performance as always is good, but the movie itself is a stinker.

From imdb it looks like there are a number of movies and even a TV show she's filming and/or are in production now:

Did you see her as Jane Eyre?

I missed that one. Worth adding it to my netflix?

Looks like she's going to portray Marilyn Monroe. Now that should be interesting!

It's been a while since I have seen it, and after perusing IMDb.com for a few minutes, I realized I saw it close in time to the Franco Zeffirelli version that came out a year before, in 1996. (Which I didn't think was all that great.) But my recollection is that Morton was a good Jane Eyre.

I wonder if Morton as Marilyn Monroe will be one of those roles that might seem like a real stretch when you first hear of it, but then she nails it perfectly. I wonder what Wasteland would think. I'll have to direct him here.