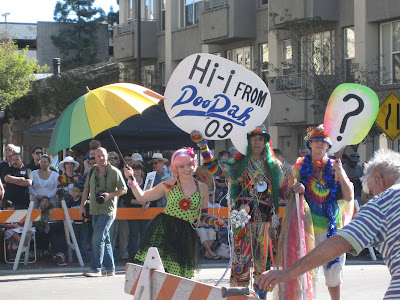 "The Pasadena Doo-Dah Parade, started in 1976, is a popular farcical and flamboyant parade held in Pasadena, California about once a year, usually in the fall or winter. Conceived in 1976 by several friends, in Pasadena, as a response to the traditional formality of the Rose Parade, which is also held in Pasadena." 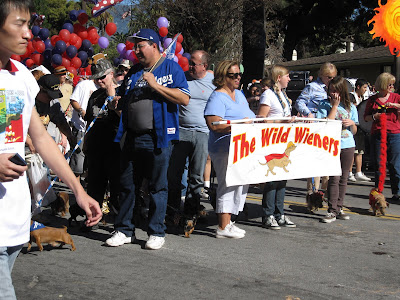 A parade of Dachshunds. The parade also had Basset Hounds and Boston Terriers. 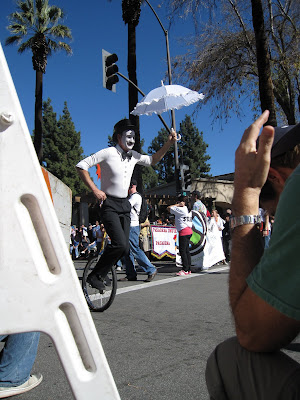 Unicycle with mime holding a parasol. 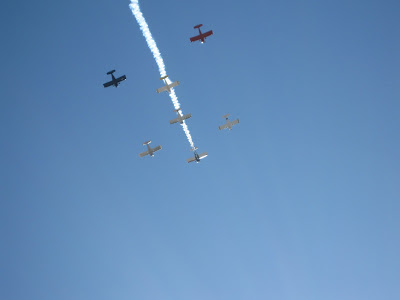 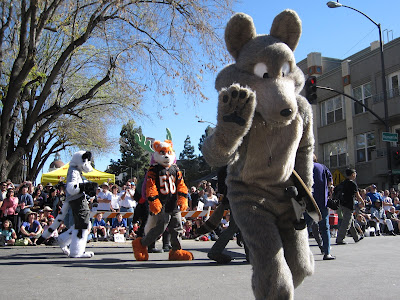 A bunch of mascot animal characters. The Coyote was giving out high fives. 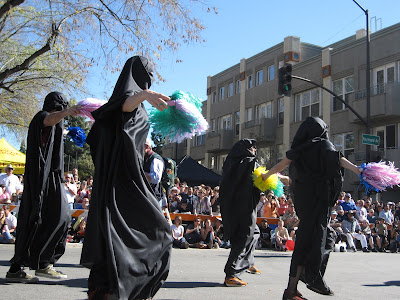 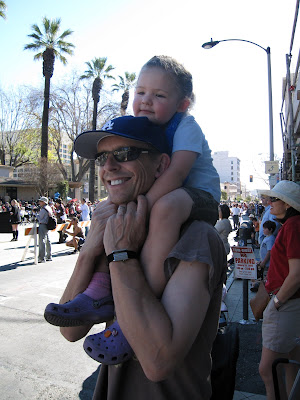 The parade was fun to watch and very kid friendly. People in the parade passed out necklaces and Astrid even got a pirate rubber ducky from a guy dressed as a pirate. 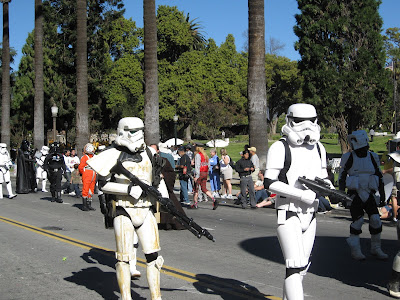 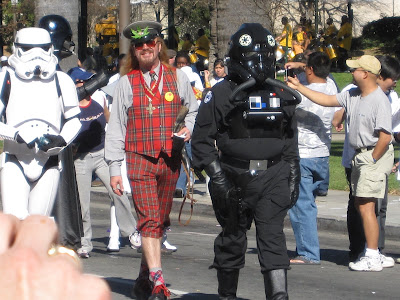 Man with a pot leaf on his hat directing the parade traffic. 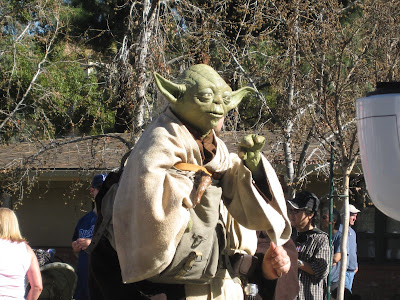 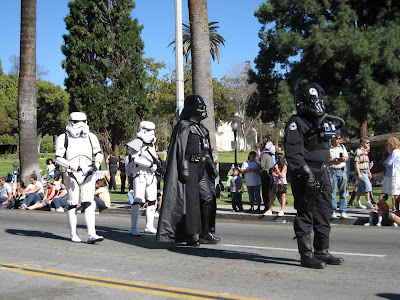 Darth Vader and his stormship troopers. 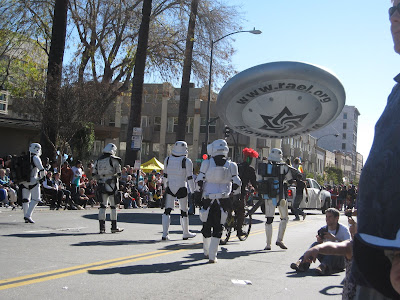 Marching behind their spaceship. 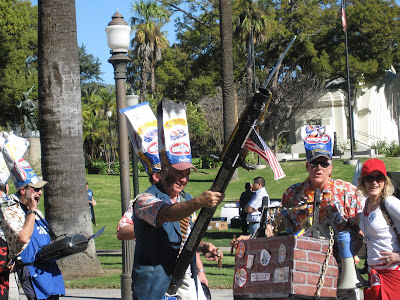 These BBQ'ers wore Kingsford charcoal bags as hats and grilled as they marched along with the parade.
U.'s only criticism was that it wasn't as outrageous as he'd expected. We'll definitely try and make it next year, as it was fun for the whole family.